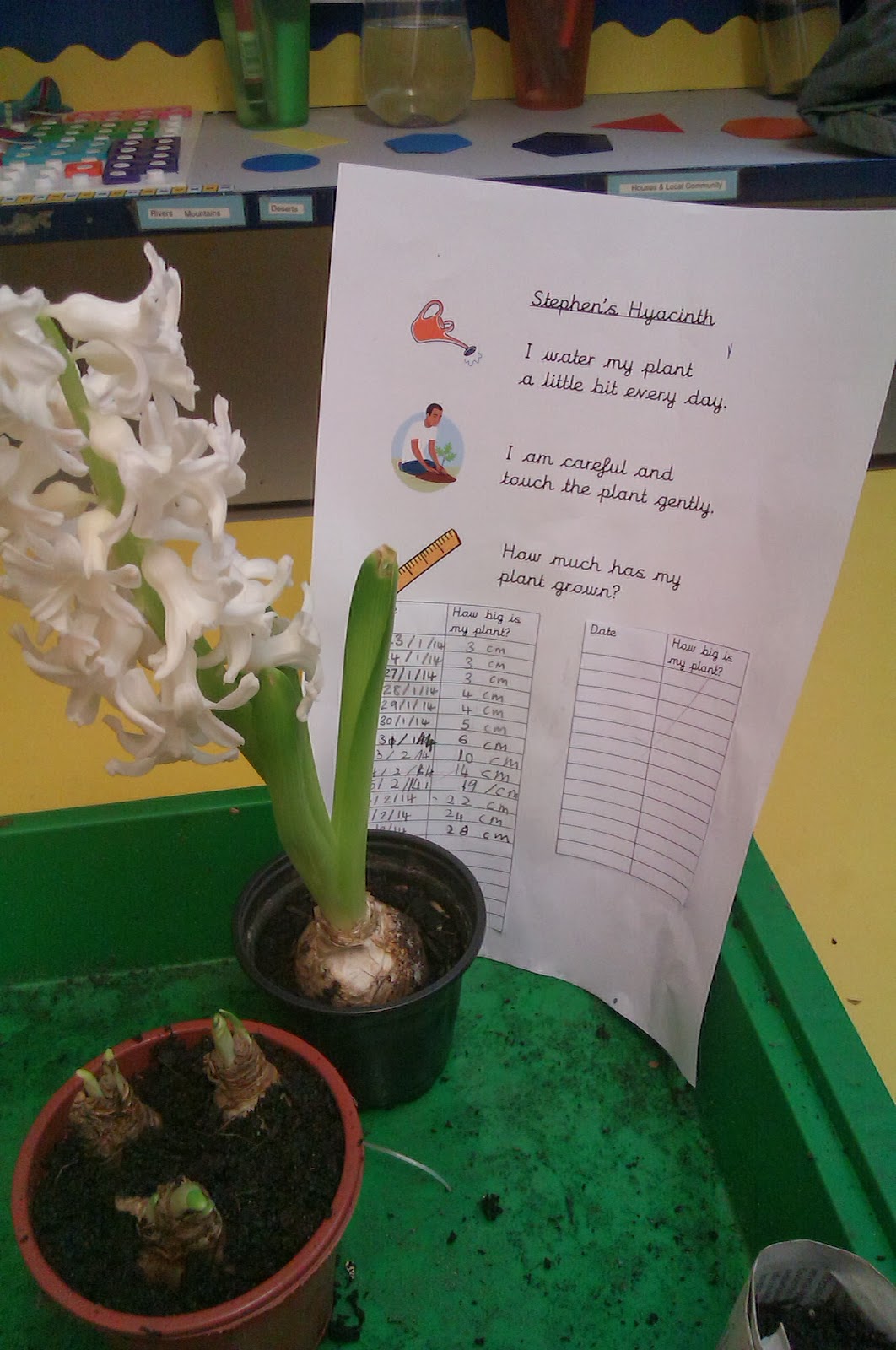 This autumn has been the first time I've really planted a lot of bulbs.

One of the parents at a school where I work works at a garden centre and has been kind enough to drop off loads of bulbs that had gone slightly past their sell by date. We've had hundreds of daffodils, tulips but the big hit has been hyacinths, forced so that they will grow in the depths of winter.

They seem to be pretty foolproof and can be grown in very small pots with very little compost. You can also cram a few into a slightly bigger pot for a more impressive display. They seem to flower in early January and although I've seen complicated instructions about keeping them in the dark, most of ours have flowered sitting on  a windowsill.

I often find that children forget the names of plants they're not familiar with, but this one's easy to remember. Imagine you've got a friend called Cynth who you bump into in the street "Hiya Cynth!".

One boy with whom I work has significant social and emotional difficulties and often finds it difficult to focus and concentrate on tasks but he has become devoted to his hyacinth. The TA who works with him created this activity sheet which they have filled in most days.

This is an activity for all ages, most Nursery children will manage it easily enough and the plants make lovely presents to take home. 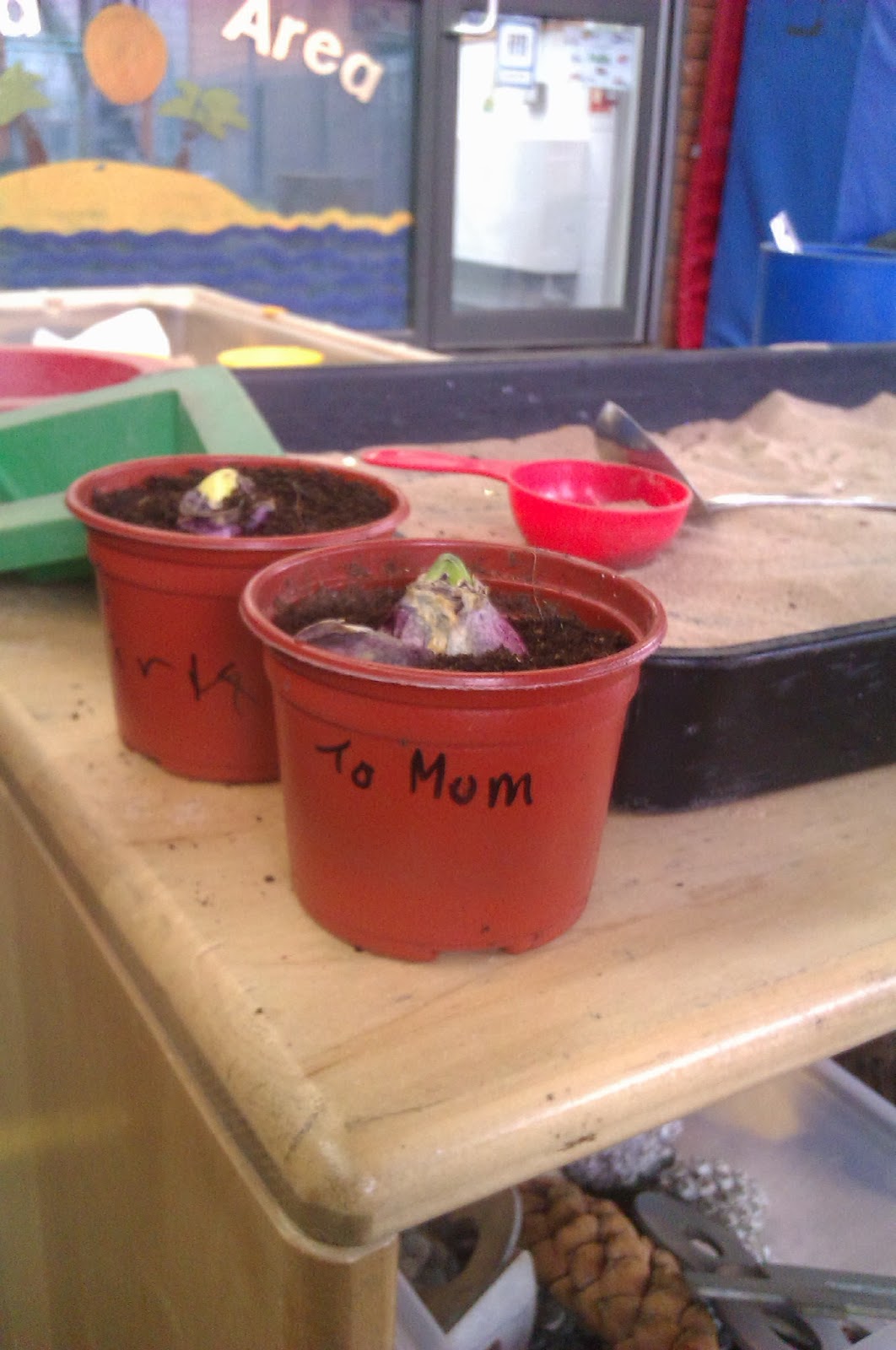