Autumn is time for .... planting trees and shrubs 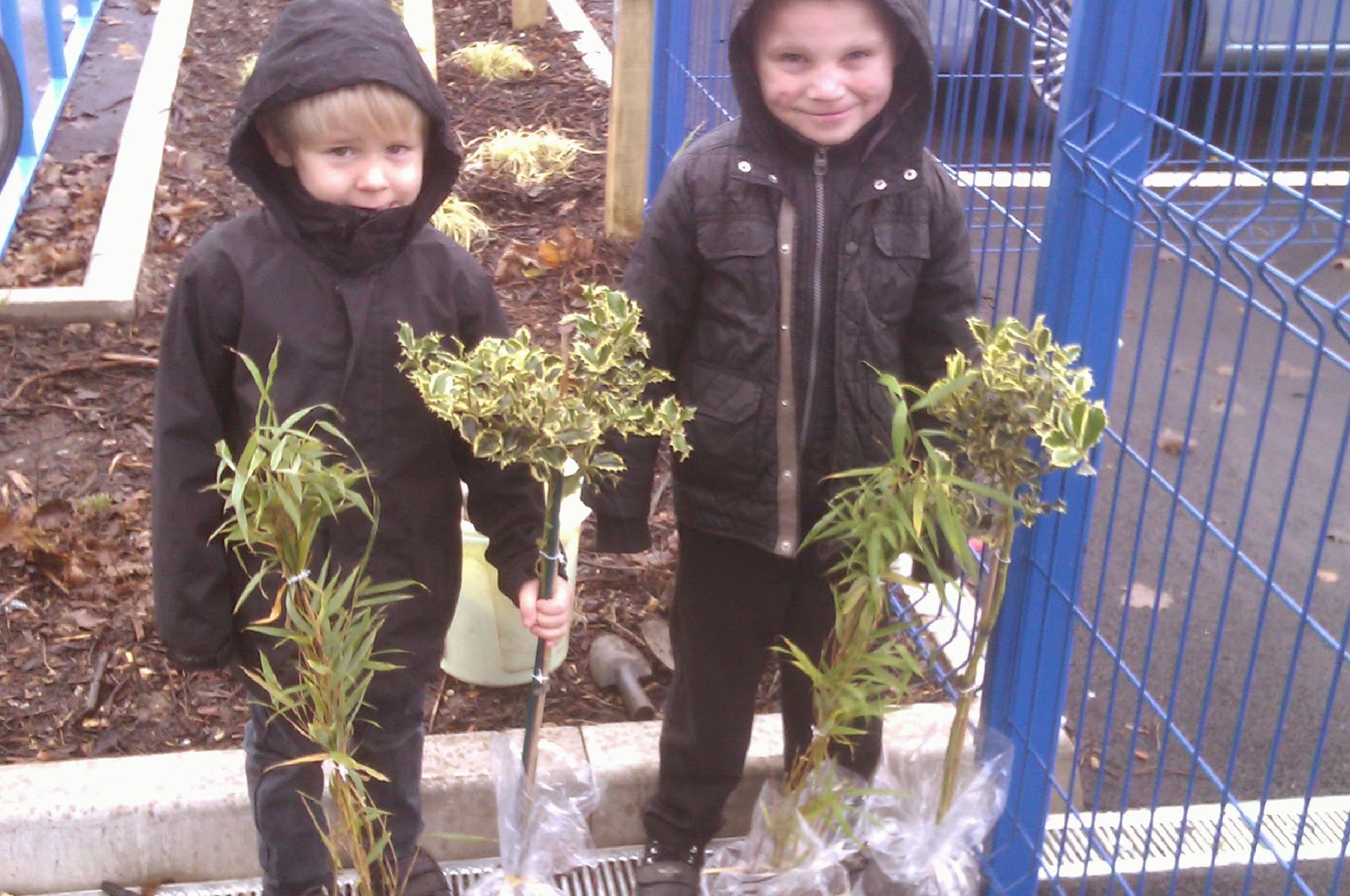 Another good autumn activity is to plant trees and shrubs. I've been planting fruit trees with several schools.

At Armitage we were given some bamboo and holly by a parent who works at a garden centre. We weren't quite sure what to do with them. Then the School Business Manager said that people were jumping over the short fence in the car park to make a short cut to the entrance. So, Reception children have created an obstacle which is working so far.

Planting these was relatively easy. Dig hole, put tree in, fill hole and tread on the soil to firm the plant in.  A good activity for a cold day.

Email ThisBlogThis!Share to TwitterShare to FacebookShare to Pinterest
Labels: Armitage

The A-Z of gardening 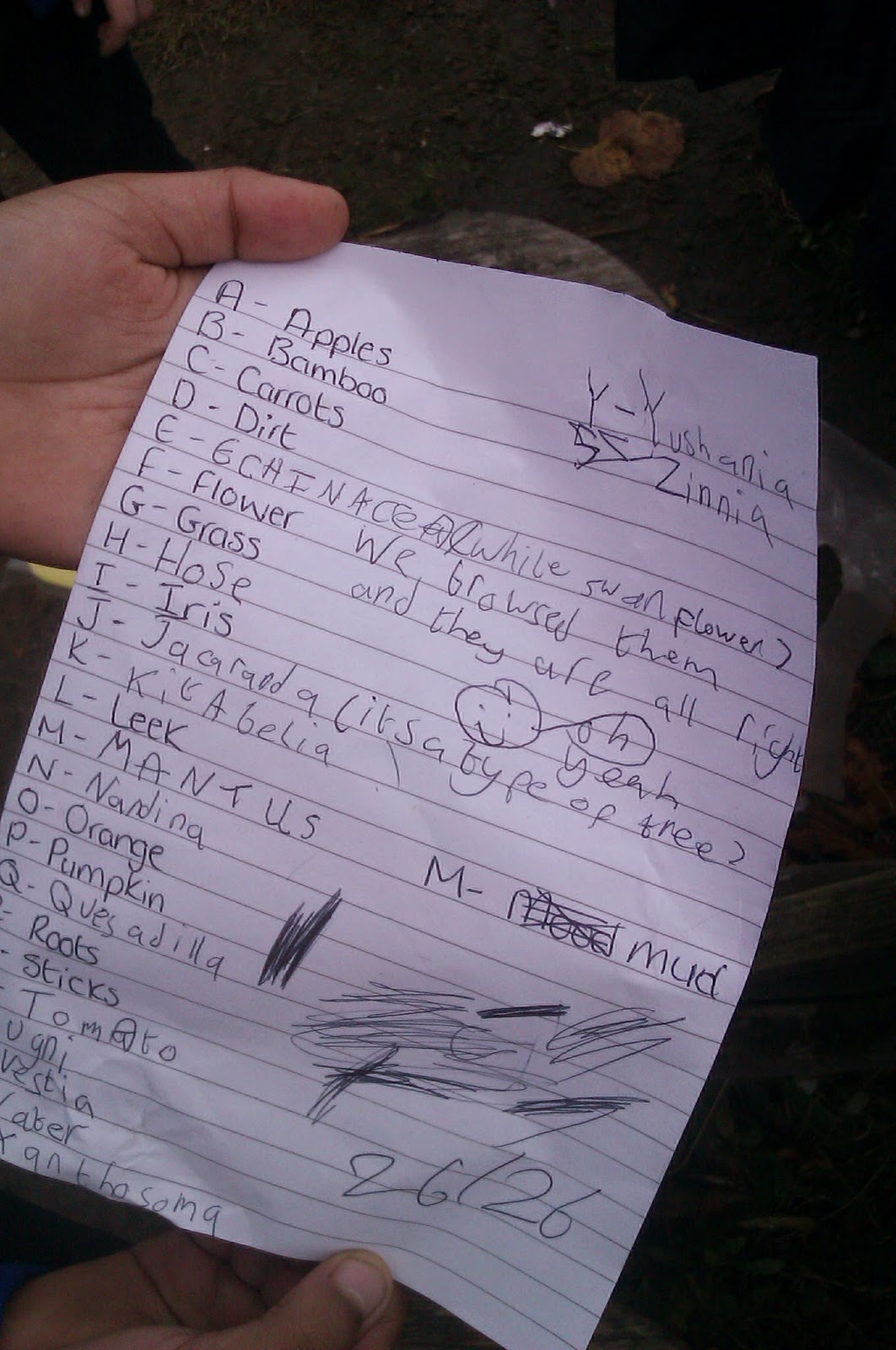 Wet weather can sometimes be a problem working in Manchester, although not as often as you might think. I do like to get outside as much as possible but there are some days when it's time for an inside activity. And sometimes there can be 10 minutes spare at the end of a session.

I've found that children love to play the A-Z of gardening. Get everyone in a circle and explain the rules. Children will take it in turns to say a word that has something to do with gardening or plants. It could be a plant, a tool, an activity, anything. The first person has to think of something beginning with "A", the second with "B" and so on. If they can't think of anything they can ask a friend, maybe two. Children with limited English could say something in their language. The aim is to see how far the group can get through the alphabet. Or you could make it competitive where people have to drop out if they can't think of anything.

After one game at Ravensbury, a Year 5 girl said she would come back the next week with something for each letter of the alphabet. And she did.